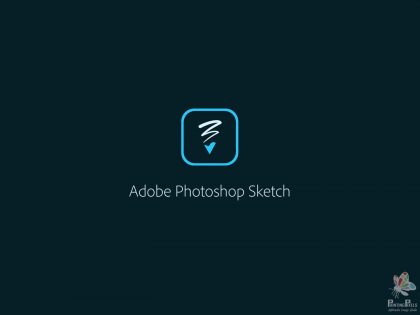 Photoshop Sketch by Adobe is as its name suggests a sketch app for the ever increasing and popular mobile devices. It’s part if the new Adobe ‘Touch Apps’ series.

Photoshop Sketch is a constantly evolving app and gets regular updates and is now available for iOS and now Android (since November 2016).

As a multimedia design studio Painting Pixels uses many different digital design tools for 3D, Graphic design and editing. And adobe sits high up in regards to company’s which we somewhat-happily give our money too.

Adobe in our eyes have a decent set of traditional and much loved software tools, including Photoshop, in-design, illustrator, premiere, after effects etc. But for a while it seemed as though adobe kind of lots touch and constantly churched out new crappy and unfinished bits of software hoping one will stick.

On one hand it was great and showed that they were at least trying to innovate, but on the other hand; it was super frustrating, as every new software release was lacking in stability and very much unfinished.

And so with Adobe seeing the growing popularity of using iPad’s and other tablet computers for use in digital design; They started the same, churning out of unfinished software, but now on to the app store.

As a digital design studio, we jump at the idea of trying out the latest technologies, whether it be hardware or software. Anything that makes us more streamlined and cost effective is a win for us and even better for our clients, as output is quicker and cheaper. So the day we found out about the Adobe Touch Apps; we immediately downloaded every app available on the store to test out. Unfortunate it was mostly to our disappointment and frustration.

Adobe Photoshop Sketch was one of those apps. It was released too soon and without many very obvious and essential components, almost to a point of being unusable!

For those of you who haven’t yet used Photoshop Sketch but have doodled in the desktop version of Adobe Photoshop, may somewhat understand what adobe have tried to do. Photoshop was (initially anyway), primarily a photo editing and touching up tool. But very quickly evolved in to a concept artists dream package as it allowed for the creation of custom brushes and supported multiple stylists to create amazing artwork. It’s one of the top tools for concept artist.

Adobe Photoshop Sketch is basically the drawing part of Photoshop; fully isolated and more focused. I wouldn’t be surprised if they eventually evolve this in to a full blown desktop app. 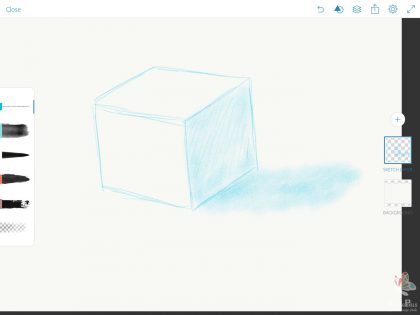 Photoshop Sketch started a bit slow and didn’t allow for basic features like layers or picking a canvas size. The latest update in November 2016 has made it one of the top tools in our office. 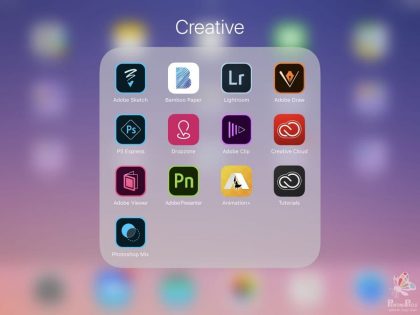 We love the fact that you now have a large selection of different canvas sizes. We use ‘Sketch’ as our primary ideas tool, along with our amazing Apple pen and iPad Pro. It’s now super easy to just open up the app and start doodling ideas.

Once we are happy with the ideas we then refine them on the desktop. One of the frustrations used to be that it originally only had one set canvas size, which meant that we would have to alter the image to fit our desired canvas size when working on a desktop. But now with the increased canvas size selection; it covers pretty much everything we need. 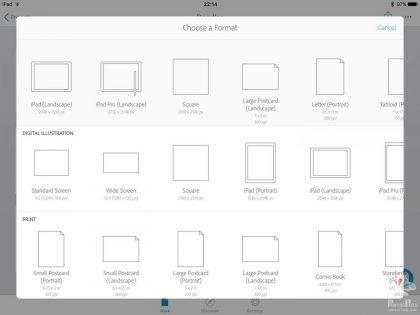 The ability to add image layers and sketch layers makes it feel like a proper sketching tool and more like Photoshop. This feature was not available in the initial launch but fortunately was updated to allow for this’ pretty quick. 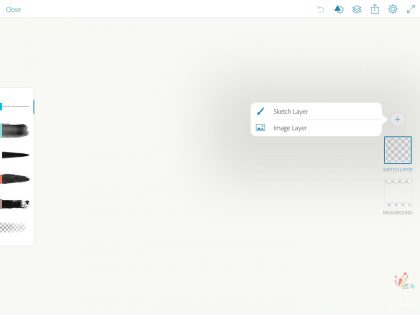 You can easily change the opacity and blend mode of the layer. You can transform the content around the page and even duplicate and merge layers which is handy. 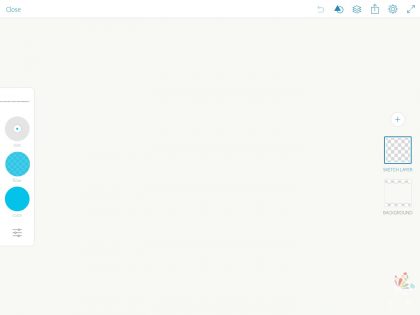 It comes with a small selection of brushes but we usually use the app for planning and doodling ideas; so it has enough variety in the provided selection to get most of what we need done and so works well for us. However, for those that want to go full concept mode; you can still upload and use custom brushes via the ‘My Library’ 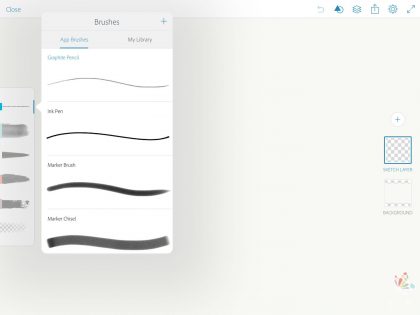 The shapes selection is surprising useful. Though a bit limited still. 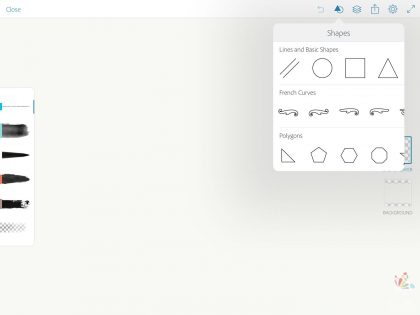 But the best and most useful feature for us, and the one that allowed Adobe sketch to become an integral part of our pipeline is the fact that you can save the files as full blown PSD files. And so work just as you would expect in Photoshop or illustrator with transparency and selectable layers. 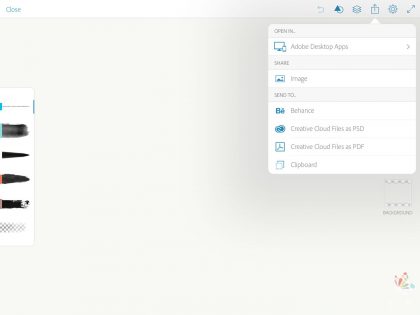 It’s perfectly connected to the ‘Creative Cloud’ for easy cloud based storage. And as a wow factor it’s great when we are with clients and we doodle down some concepts on the iPad and with a click of a button we can send it to Photoshop or illustrator and opens up automatically and is fully layered and usable! 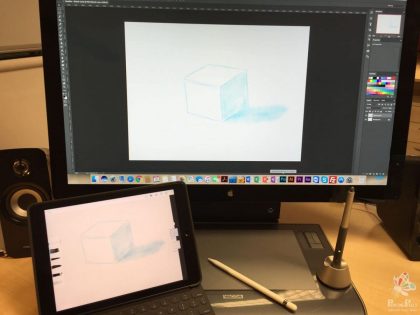 Since the launch of the Creative Cloud, we have used so many rubbish apps from Adobe, but we have to say that the ‘Sketch’ app to us is a success. And there are actually many more other new apps that we love and so will have an overview of those soon.

So what was the point of you reading all this? Well, we hope that whether you’re an individual or business that after reading this you get a better idea of what Adobe ‘Sketch’ is, some of its features and how a designer or design studio can easily implement the app in to their pipeline like we have. And also that if you have access to these apps via the creative cloud suite then it’s definitely worth downloading and genuinely speeds up the ideas and planning stage.

Logo Design for FBS
Would Recommend Every time! I wanted a fantastic looking set logos which would both be corporate and not too corporate at the same time. Also I needed the logos to help bring all the different business services together but still make them look like they are full professional separate services but under the same company for better service and convenience. Painting pixels created a unique set of logos which looked professional and separated the business service cleverly by using different colours and a graphic feature. I am very happy with the result and out of the box thinking and would recommend them every time.